The deadline for the “Selected Professions” fellowships offered by the American Association of University Women (AAUW) is Jan 10, 2013.  These fellowships support women in degree programs in which women’s participation traditionally has been low. Applicants must be citizens or permanent residents of the United States.

There are two types of special  fellowships. Check out the others types, too. Visit  the range of fellowships.

Applicants may apply for any year of study in one of the following master’s degree programs:

These fellowships are open only to women from ethnic minority groups historically underrepresented in these fields.  Eligible groups include African Americans, Mexican Americans, Puerto Ricans and other Hispanics, Native Americans/Alaska Natives, and Asian American/Pacific Islanders.

Students apply directly to AAUW, and the deadline is January 10, 2013.  For application procedures and additional details, see the AAUW website. 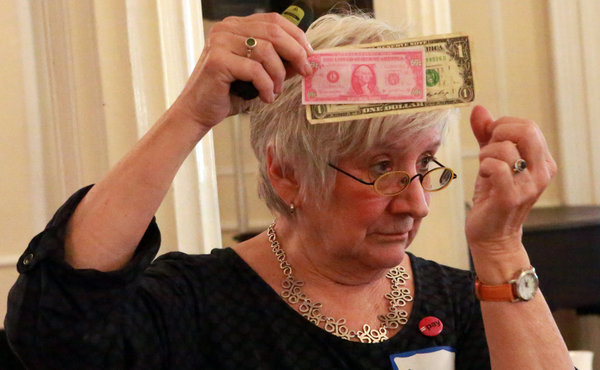 Did you see the article on the wage gap on the the front page of the business section of the NYTimes yesterday? Empire offered our first workshop; more will follow. If you haven’t read the article, take a look; the article, read it here.

You can also read AAUW’s recent research on Graduating to a Pay Gap published this fall. View the webinar or download the Powerpoint 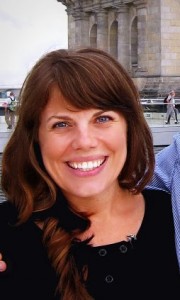 This month’s AAUW Fellow is Sara Shoener at the Columbia School of Public Health. She’ll be sharing her plans with us at the December Empire teleconference.

Sara is currently the Project Manager for a program funded through the Department of Justice’s Office on Violence against Women called the Consumer Rights for Domestic Violence Survivors Initiative. They provide training and consultation to attorneys and advocates who work on behalf of survivors of domestic violence, particularly to enhance their consumer rights advocacy efforts.

For example, they just held training on credit repair and advocacy for survivors, and next month they will be hosting training on federal tax advocacy for survivors. This work stems from our goal to enhance women’s economic security in order to successfully seek safety for themselves and their families. They are also about to start working with the White House’s Equal Futures Partnership to expand women’s economic and political participation.Sara’s university (Columbia) had AAUW listed as a potential source of support for doctoral students working on their dissertation research.

Her first contact with AAUW was the submission of her dissertation fellowship application, and then Shana Sabbath emailing to notify her that she was selected.

You can read Sara’s profile and interview here.

AAUW encourages our members to attend CTAUN at the United Nations scheduled for Friday, January 18, 2013 from 9:30 to 4 in New York City.

The Committee on Teaching About the United Nations (CTAUN) will examine the social justice issues of Human Trafficking and Economic Inequality.

Distinguished speakers from the United Nations and International NGOs will provide insight and information helping to empower you with increased awareness.

I believe that education is the civil rights issue of our generation. And if you care about promoting opportunity and reducing inequality, the classroom is the place to start. Great teaching is about so much more than education; it is a daily fight for social justice.  — US Education Secretary Arne Duncan,, 9 October 2009 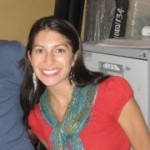 Join us at 7:15 on Tuesday, November 13 on our Empire Virtual Branch teleconference when we talk with Allison Goldberg about her research on why mothers around the world decide or don’t to vaccinate.

You can read more about Allison and her work here.

Please join us on Tuesday, October 16 at 6:30 pm for our Empire State Virtual Branch Board meeting followed by presentations by two AAUW NYS Fellows at 7:15 pm. 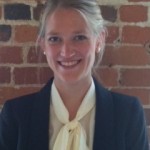 Danielle Thomsen, American Fellow, Empire State Virtual Branch member & graduate student at Cornell University will share with us her research concerns in the legislative representation of women in politics. Women are grossly underrepresented in American politics, and it is her goal to help ameliorate this inequality through teaching and research. 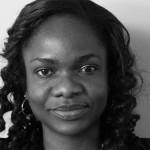 Mwaka Nachilongo, Empire State Virtual Branch member & International Fellow will present her work on “Human Rights & Gender Equity”. Mwaka has been part of a team in Albany, NY conducting a pilot project aimed at training Karen Women from Burma. The Karen refugee women of Burma residing in Albany have an informal support network but many are victims of domestic violence and they face numerous cultural barriers in accessing supportive services.

Are you familiar with NCCWSL, fondly known as Nic-Whistle?  NCCWSL is the National Conference for College Women Student Leaders. Well, Empire is raising funds to send college students to the NCCWSL conference next spring. We’ve had two major gifts of $500 each already. Thank you, Dr. Rani and Empire president Maria Ellis.

To learn more about NCCWSL you can visit the website.  http://www.nccwsl.org/.

The Empire State Virtual Branch will donate two $500 awards to two college students to attend the AAUW NCCWSL at the University of Maryland, College Park from May 30, 2013 to June 1st,  2013.

Who will get the scholarships?

The two students who write the best 500 word essays stating why “Leadership for Today and Tomorrow is important” will win the $500 award each.

Will you donate to the scholarship fund? You can use the donate button at the bottom of the About or Membership tabs.

Here’s an Empire program idea and target date perfect for My Sisters’ Keeper 3.0

How cool would it be to have AAUW dancing in the street to end sexual and domestic violence? (Okay, would be nicer if were in Florida in February, but still!) Think about the college/student partnerships and visibility we could create around this.

http://www.onebillionrising.org/NOW is excited to partner with V-Day and Eve Ensler on the One Billion Rising campaign as part of the anti-violence movement sweeping the globe. Join us as we take a stand, dance in the streets (or in our hearts) and demand an end to sexual and domestic violence on Valentine’s Day 2013. For more information, visit OneBillionRising.org.

How would you imagine Empire holding a virtual dance? Or can you get your friends and colleagues to dance in the street? Tell us your ideas in our new forums here. 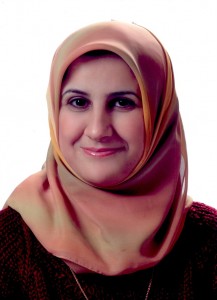 Eman Abu Sabbah joined us by phone at our last virtual meeting. As an experienced maternal nurse in Jordan, Eman has received an AAUW fellowship to work on a PhD in the USA. Her goal is to develop effective interventions for women experiencing domestic violence.

In Jordan, the police ignore most laws designed to protect women from violence so women believe they have have no way to protect themselves.

Read the summary of Eman’s goals and research here.

And join us at the Oct. 16 virtual branch meeting at 7:15 pm. when we will interview three more  AAUW NYS EF Fellows:

AAUW branches across the country are registering voters, participating in candidate forums, sharing information about candidates’ positions on issues that impact women, girls, and families. Read more about GOTV (Getting out the vote) on the Public Policy page.

How do you think that a virtual branch like Empire can participate in GOTV?