Building a network for orphanages and schools; Linking with New York 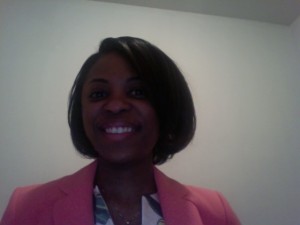 Jackie became aware of the AAUW fellowship support through her School scholarship website.

She went directly to the AAUW website which has an extensive amount of information. After that she made a few calls directly to the offices and they were more than welcoming and helpful in answering the questions she had.

It was an exciting process for her. Jackie enjoyed submitting all the required information. As she was typing out some of the essays it made her realize how passionate she was about her visions and goals. It was a surreal experience!

She didn’t recall receiving a confirmation that her application and all required documents had arrived. It would have been be nice to have some sort of confirmation.

Jackie intends to give credit to AAUW along the journey she has partaken while attaining her graduate degree. She plans on letting other women know of the amazing opportunities that AAUW has to offer! She has actually been contacted by other women from her country through Facebook inquiring about the process. It felt great to preach about the opportunity that AAUW afforded her.

She is also active in fundraising work for a few charted schools and orphanages in her home country. Jackie has  been meeting with potential investors and volunteers. She is planning on hosting a launch event right before Christmas in NYC for one of these orphanages in Zimbabwe.

The fellowship allowed her to go back to school. Otherwise she would not have been pursing this degree due to financial constraints.

Her objective during this fiscal year is to build a network in Zimbabwe and in NYC. She would like to acquire more academic knowledge in order to effectively accomplish her goals.

Her research will pave the way for her to center her career in empowering the less privileged through Consultancy of social issues.

Jackie is working on setting up contacts in her home country at orphanages and putting certain projects into place such a pen pal system, after school programs that enhance skills that aren’t taught in a classroom setting to empower these girls to think outside the box and to make them realize they can achieve anything they want to despite their social status!