Congrats to all the ESVB members and friends who made possible winning so many awards at the AAUW NYS Convention on April 25-27, 2014 in Ellenville, NY! 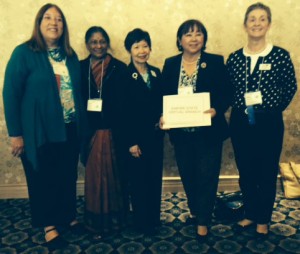